Wyntercon and the role of Roleplaying Games 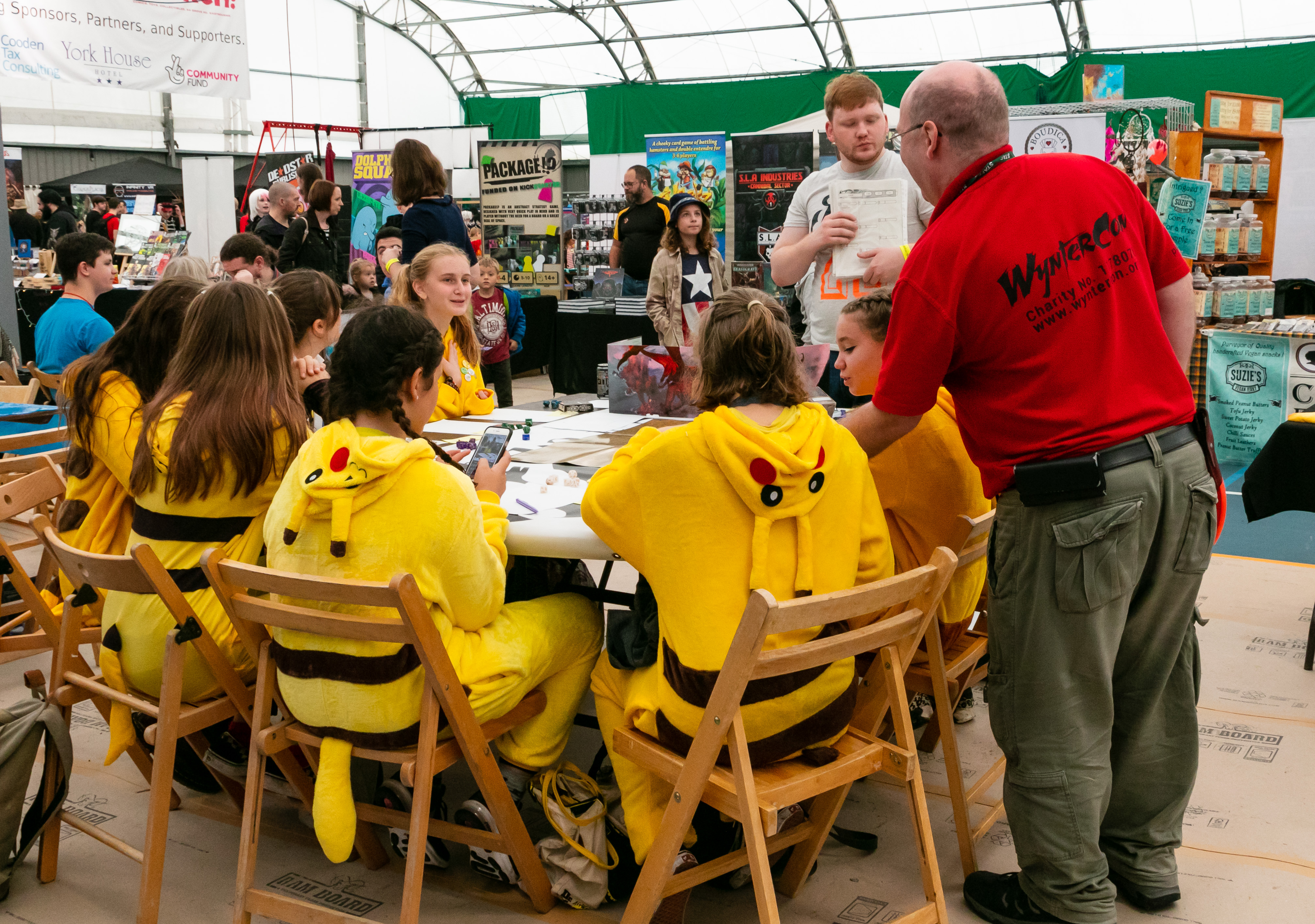 There is a reason why Wyntercon, as a charity, has developed and created tabletop roleplaying zones at its annual fundraisers each year. There is also an excellent reason why, each year, this zone has been getting bigger and bigger.

This year at Wyntercon VII the roleplaying zone will have the largest number of 1hr drop-in games (Managed by Ray & Richard of the Phoenix Game Club) of any Wyntercon event to date.

In addition to the large RPG Demo Zone, we are pleased to confirm that some UK based RPG game designers will be exhibiting and demoing with us at Wyntercon VII including Pelgrane Press and Max Bantleman (Co-Writer of Hidden Realms).

The Clinical Director of the non-profit organisation Take This, Dr Raffael Boccamazzo, uses Dungeons & Dragons as therapy. He has observed that people with social anxiety are much more able to express themselves and share ideas under the guise of a character.

Research has shown that people on the autism spectrum also blossom dramatically in social situations while in a game and also socialising with other gamers afterwards. Those that struggle to connect on any level find comfort in wearing a 'different character' in a similar way to how 'mask therapy' works.

Tabletop roleplaying games, unlike video games, are designed to be inclusive. Nobody judges you when you come to the table; your fellow players see you and the character as one. This style of gaming actively encourages players to be creative. They have to build their character; not just how strong or fast they are, but also who they are, their likes and dislikes.

From story writing to character creation to working together to achieve goals, tabletop roleplaying games are a wonderfully creative and incredible inclusive pass time that Wyntercon wholeheartedly supports and encourages.