Who do you want to be today? 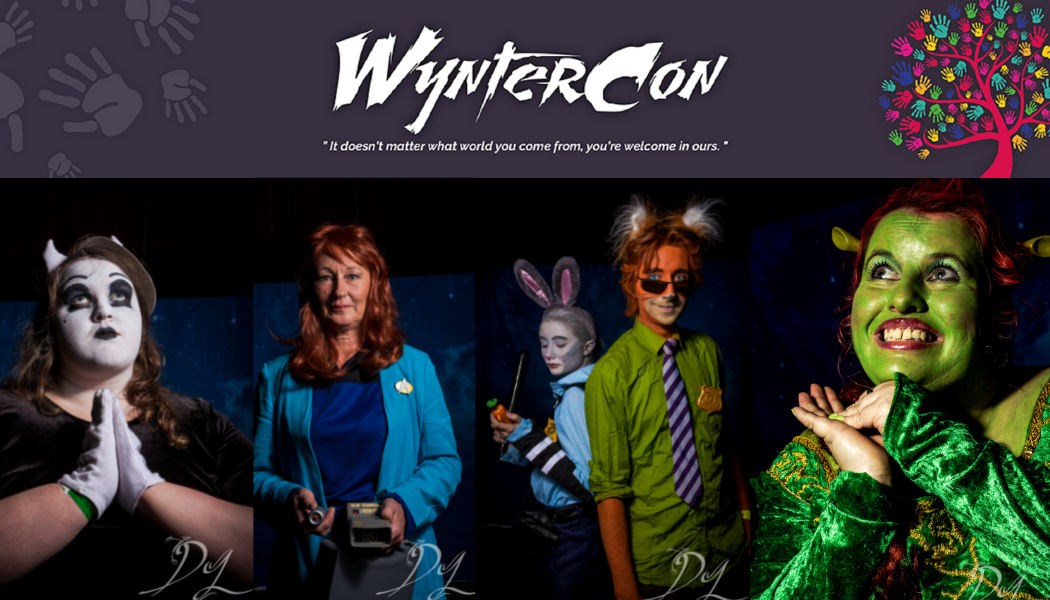 Something Wyntercon has always been keen to promote is the art and practice of 'Cosplay.' There are many out there that believe cosplay is just playing at dressing up, but it is so much more than that. It is a live tribute to a genre, movie, game, TV show, comic or character you love. It's being who you want to be for that moment in time; becoming your hero.

As everyone sees things differently in the 'real world', the same applies to the world of live-action tributes. You can spend a fortune on fibreglass cast armour panels or make a full Iron-Man suit out of cardboard. You can become a high ranking elf commander from Dungeons & Dragons by altering your face with make-up or just wear a t-shirt seen in Napoleon Dynamite. It doesn't matter how closely you resemble your idol; you could be their twin or look nothing alike, it is your love for the character that makes cosplay so special.

Wyntercon has welcomed them all, from home-crafted card masterpieces to 3D printed technical perfection. There are princesses, space heroes and anime creatures. Witches & Wizards and Doctors of all regenerations. From a 13-year-old boy dressed as Elsa to a whole family dressed as the Incredibles. The dedicated 'Cosplay Zone' at Wyntercon has seen people dressed as legendary comic creator 'Stan Lee' as well as people on stilts to achieve the height required to be 'Chewbacca'.  There are 'mash-ups' where fans blend 2 loves together to create an original costume like the 2000AD/Anime mix 'Judge Pikachu' or the DC comics meets Harry Potter inspired 'DumbleBat.' The only thing stopping anyone cosplaying is their imagination.

In 2019 over 200 people entered the Wyntercon VI cosplay competition, with many more visitors dressing up and having fun without competing. Allowing people to spend time as their heroes, giving them a safe space to participate in a pastime they love, helping them come out of their shells and indulge in their passions is something the charity is immensely proud of.