"WynterCon" - A convention of time and space. 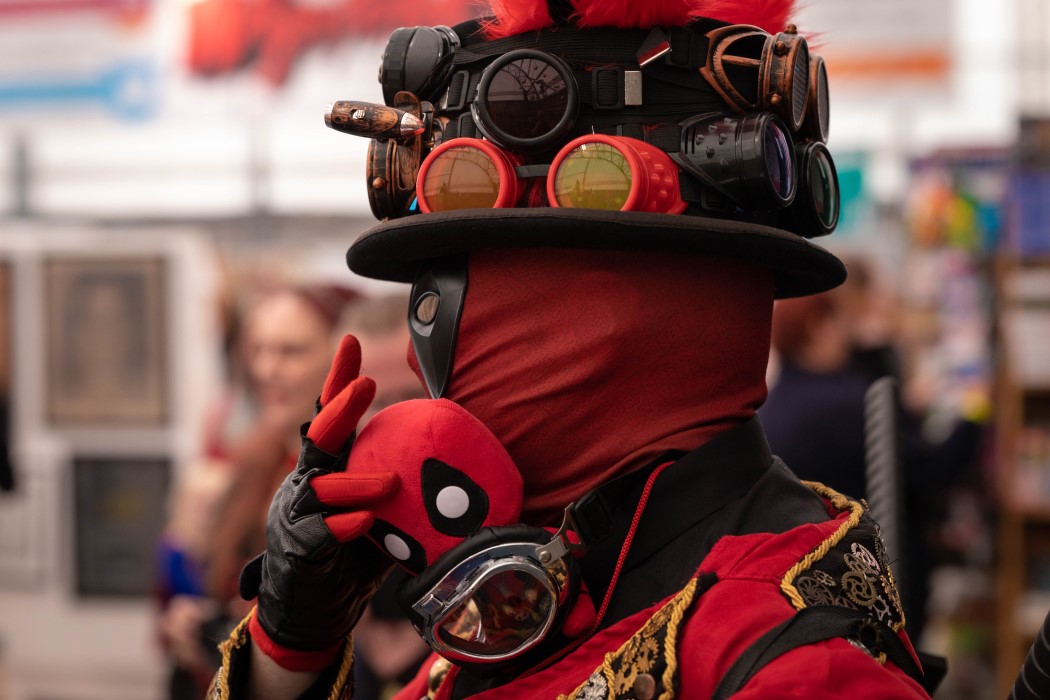 There are times in your life when everything feels just right. A moment where the planets align and you know, for absolute certainty, that you belong. My name is Colin Davies and I am an author of children's novels, horror & science fiction, and poetry. My connection to Wyntercon goes all the way back to the first-ever "WynterCon" event.

It was early June in Blackpool and my partner was planning a trip to see her family in Ireland. I wasn't going with her on this occasion. It's something we do every so often. She will head off for a weekend away with friends or family and I will do the same. It allows us to enjoy our personal interests without boring the other.

Being an East Sussex ex-pat in the north I thought this would be a good time to plan a trip down to my homeland hills of the South Downs. At the time I was starting out in the area of spoken word, attending open mic nights and poetry slams. My annual pilgrimage was turning into a road trip. There were a couple of open mic nights in and around London and one in my hometown of Brighton. I could do a mini-tour and see my friends at the same time.

My other passion was, and still is, Comic Cons (though for legal reasons I have to called them Genre Conventions). So I did a search to see if any such events were happening in the area while I was away. That is when I discovered "WynterCon". The event was listed as new and a quick search showed that this was the first to be held. The website impressed me with guests and stalls and a games area, more than I had ever seen at any convention. The tag line "It doesn't matter world you come from, you're welcome in ours!" struck a chord with me.

This simple phrase invoked memories of growing up through the Seventies, Eighties and Nineties, before being a geek was fashionable, before the Marvel Cinematic Universe. An idea crossed my mind, a thought that might blag me some free tickets, maybe? So I clicked on the 'contact' link and sent an email to the organiser Andy Kybett.

I told him I was a performance poet that was working on a spoken word show about being a genre geek growing up with a love for horror movies, Star Wars, and Doctor Who. Twenty minutes after I clicked send Andy was on the phone. Within minutes I was booked to perform two, hour-long shows over the weekend. Excitement rushed through me quickly followed by panic as now I had only four months the write the entire thing from scratch.

It's three o'clock in the morning, mid-October. That night I was going to be performing a preview of the show for the first time in preparation for the actual run in two weeks, and it wasn't finished. There was one poem I had written about Doctor Who that just didn't fit the flow. I tried to edit it, pushing and pulling the words around but it just refused to work. This poem was important as I had to express how I felt about the Time Lord. Starting with a blank page and a different direction, I wrote: "When I Grow Up." This would go on to be the most loved and most famous part of the show.

It was the hottest ever Halloween on record. I arrived at Eastbourne station sweating like Ted Striker from "Airplane!" in my faux leather jacket. The plan was to book into the hotel then head to the Halloween ball on Eastbourne pier. The night was fun and moshing to "Killing in the name of" by Rage Against the Machine, with Captain America's Adolf Hitler, James Payton, was certainly something I will never forget.

Cometh the day and with all the excitement of a ten-year-old boy I walk into the very first "WynterCon" event. This was when I realised how different this event was. Everything was about being a great day out. Everyone was so friendly, focused on making you feel welcome. My showtime was eleven in the morning. The organiser encouraged as many people as they could to go and see it. For the first time in front of complete strangers, I shared stories from my life. Up until that point, I had never spent an entire day at a genre convention. After my performance, I just hung around. Talking to the guests, to traders and exhibitors. Enjoying the creativity of the cosplayers and listening to other patrons as they talk about their favourite character or film or game. Playing a bit of Dungeons and Dragons in the roleplaying zone. It was just the most lovely experience.

I returned home knowing I had just experienced something very special. I have only ever performed that show in full three times. Once at the preview and twice at the first "WynterCon" event. That was enough for it to qualify for the prestigious Saboteur Awards where it came in overall third for best spoken-word show.

The following year I came back to launch the book of the show. Then I came back again, this time with nothing, just to be there and see everyone. Wyntercon moved from being a private charitable venture into becoming a fully-fledged charity. I helped where I could because that's what families do, and Wyntercon is a family.

I have watched the Wyntercon charity grow and succeed over the years as I myself have. Whether I have a stand, performing a show, launching a book or just visiting to hang out with some of the best people I know, Wyntercon will always be close to my heart. It's tag line serviced as inspiration, its founder became a friend. As long as there is Wyntercon, with its unique annual fundraising and awareness event, I will always have a reason to visit Eastbourne.