The Wyntercon guide to different types of cosplay 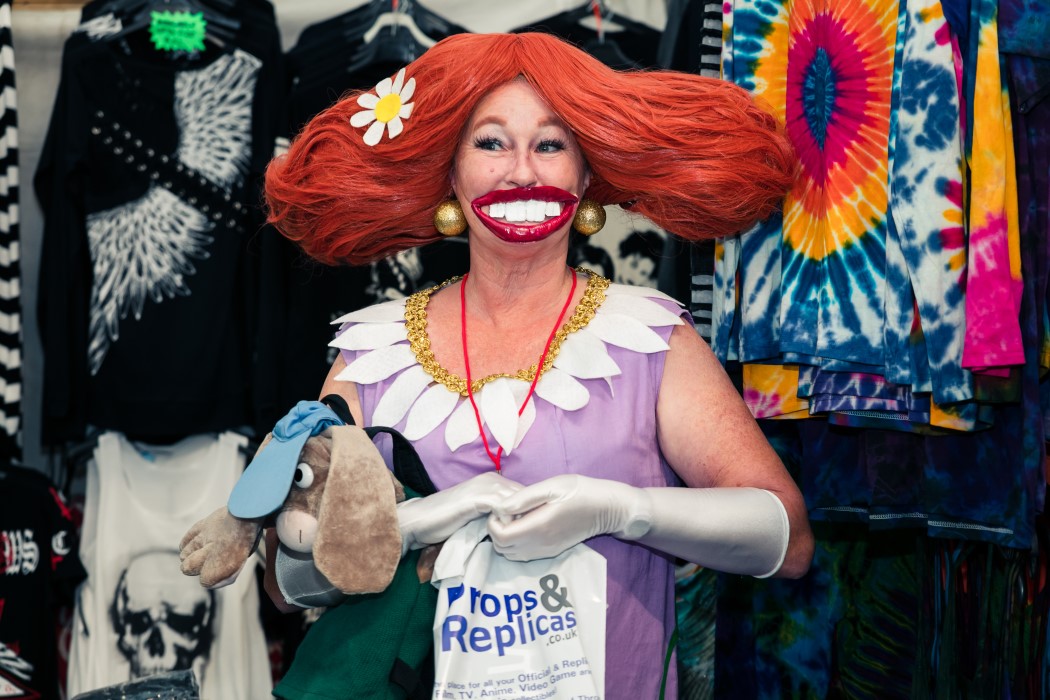 Cosplaying is one of the many reasons people should visit a genre convention such as Wyntercon's annual fundraising and awareness event. The practice of dressing up as your favourite character from your favourite piece of fiction has been around for longer than most people imagine. The love people have for these characters has always lead to 'dressing up' games. Though one could argue to it dating back beyond the first appearance of Batman back in the thirties.

Parents dressed their children up little sailors and princesses way back in the seventeen hundreds. Putting on a costume and being someone else for a moment is something most humans have a need to do. From Wyntercon to World Book Day, celebrating characters by becoming them is one of the highest accolades any fan can gift to their favourite creation and creator.

However, the art of cosplay is not just about dressing up. It's not just about spending loads of money and time. It's not about being the biggest or most incredible. It's about love. Cosplayers love their character, show, movie, book, and genre. They also love other cosplayers. To dress up and attend a convention like Wyntercon annual fundraising and awareness event is one of the most inclusive things you can do.

Here is the Wyntercon guide to the different types of cosplay:

Many of us either don't have the time or money or skills to create a full costume. But just because you don't have a wig or make-up doesn't mean you can't cosplay. A lot of people choose to wear items of clothing such as t-shirts to express their fandom. It might be a Wonder Woman t-shirt or a Rok of the Red replica football jersey, the intention is the same. You are dressing up to honour your personal heroes.

Some people feel a bit self-conscious about dressing up but really want to have a go. By either buying an entry-level costume or making a lower-key outfit, this kind of cosplay about feeling connected to both the character and the other people at the convention. As with the Nod, it's not how grand you are, it's the respect you give and are welcomed with open arms.

They are those whose costume is part of their hobby. When they are not reading the comics or watching the shows or playing the games, they are planning and building their outfits for the next convention. Every detail is thought about, whether it's a movie-accurate form moulded Star Wars Stormtrooper or colour matched cardboard Iron-man, the joy is making something as close to the source material as they can.

One of the greatest things about genre conventions is the freedom you feel mixing with like-minded people who never judge and only admire. If you are a male that wishes to dress up as Batgirl because you love Batgirl then do. Likewise, if you are a female and want to express yourself as Judge Dredd, be the law. Cosplaying has no gender rules, you be what you want to be and celebrate your fandom with everyone else.

This isn't "crossplaying". Genderfluidity is about reimagining characters in the opposite gender to how they were created. What would Harley Quinn be like if she was male? What would a female version of Thanos look like? This is all about re-gendering the character, not the player. So a female cosplayer could dress as a male Blackwidow. There are many comics where this kind of genderfluid idea is explored, and it's a favourite with many cosplayers.

Not all characters are human or even played by humans. There are many, many fans of animated features from Anime to Disney and Pixar. There are loads of films, comic and TV shows that have animal, creature or mechanical characters. Dressing up as these characters is part of the cosplay tradition however, humanising takes it a step further. As with genderfluiding, the idea is to reimagine the character as a human. What would R2D2 be like as a young woman? What is Wall-E wasn't a robot?

One of the most fun forms for cosplay to see around the halls of a genre convention are the Mash-ups. Taking to very different characters or genre's and smashing them together in one glorious costume. Steampunk Ghostbusters or My Little Pony Darth Vada. They can even be mash-up from the same source material. Batman Joker or Spider-Hulk. It's all about playing with ideas and having fun and it doesn't have to grand either. Wearing a Deadpool t-shirt with a Marshal Law baseball cap is much a mash-up as anything else.

Crossovers are a bit like 'mash-ups' only instead of slashing the two characters together, here you place characters into a different universe. What if Doctor Who was a teacher at Hogwarts or Yoda was a member of the Scoobies from Buffy the Vampire Slayer. The world of comics has many stories that cross universes, trying to incorporate these ideas in a single costume can be challenging, however, the results are usually great fun and always spark a conversation with other patrons of the event.

The main thing about any cosplaying, from the 'The Nod' to the 'The Crossover', first and foremost, it's about having fun. Whatever your level, whatever your genre, everybody is welcome and nobody is judged. Unless you've entered the cosplay competition of course. Always remember to be respectful and that others are there to enjoy themselves as well. Never take photos without asking and be mindful.

Whatever world you come from, you are welcome in ours.